Hoi An Guide for Tourist 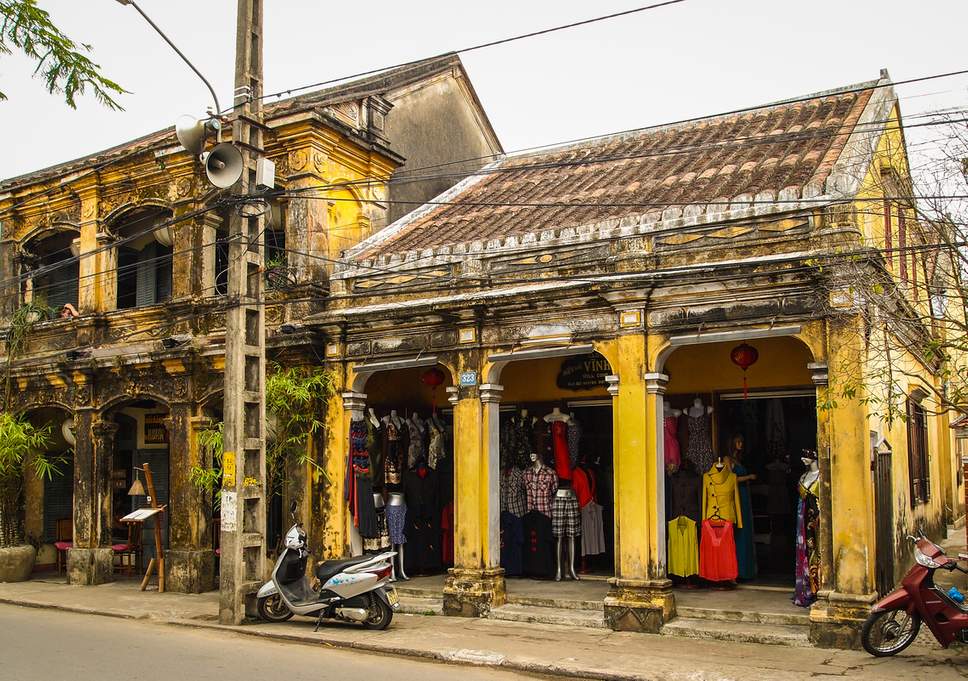 Hoi An was a major Southeast Asian trading post, designed as a trading hub, from the 16th until the 19th century. A cosmopolitan

hub filled up by many Chinese, Japanese and European immigrants who ended up settling there. This is clearly reflected in the many heritage houses and architecture of the Ancient Town. The most iconic are the wooden shop-houses, from the French-colonial period, but also the Chinese temples and pagodas, and the very famous Japanese-designed bridge.

Hoi An is part of the UNESCO World Heritage since 1999,  and it has been described as a fusion of indigenous and foreign cultures. The principle influences being Chinese and Japanese with latest contributions from European influences. It has been described as the place “where time stood still.” Hoi An is the only town in Vietnam that remained largely untouched during the Vietnam-American War.

What to do in Hoi An

1. Explore The Ancient Town of Hoi An 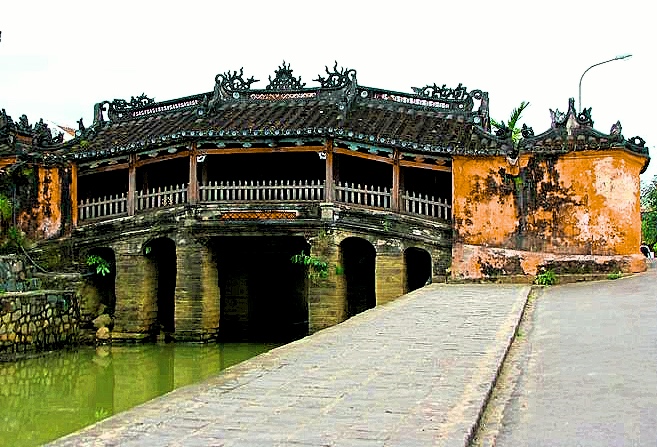 The Ancient Town is a living museum. It has not changed much since its glorious days as a trading port. It nowadays attracts much more tourism, however the unique glow of the nightlights lanterns give it an instant charming touch. In The Ancient Town of Hoi An, you have many other options to explore such as the 17th-century Tan Ky House, with fascinating architectural and decorative elements. The Hoi An’s primary symbol, the Japanese Bridge. What we have been enjoying the most in Hoi An (apart from the food) was the enchanting atmosphere around the riverside in the early evening. One of the sides of the river is a little more theme park than the other, but there is often entertainment for those who seek for some nightlife celebration. The other side is way more romantic.

2. Watch the most ancient tradition, the lanterns Festival 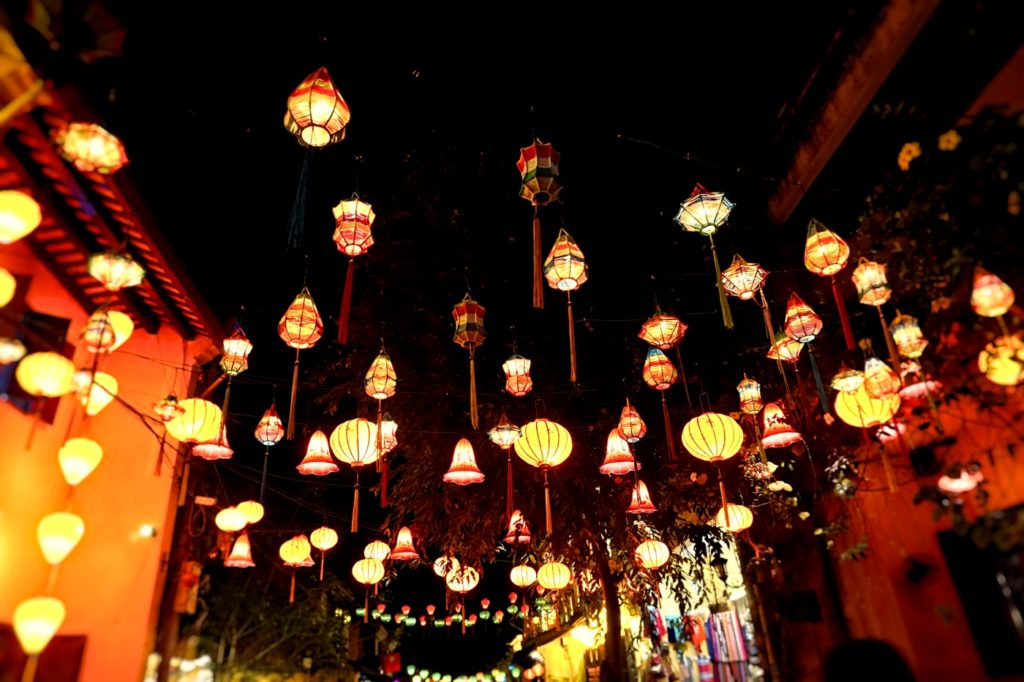 We were lucky as we happened to be in Hoi An for the lantern festival. The Hoi An Lantern Festival is a monthly event that celebrates the full moon. The full moon is one of the most sacred times in the Buddhist calendar. It is said that Buddha was not only born on a full moon but attained enlightenment on a full moon. The lanterns are set into the river as an offering and to worship their ancestors as well as the God of the land. 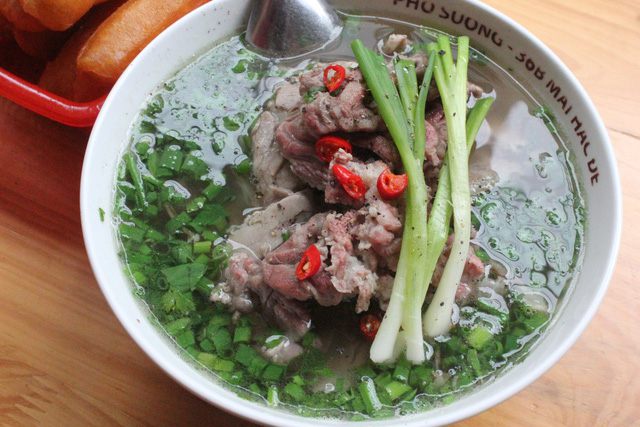 Vietnam has amazing food. Locals eat all day long. They cook fantastic food, as this is second nature to any Vietnamese.

Some of the best food we tried were always street little corner food. Hoi An was no exception and we had one of the best phở and spring rolls mainly from a little vendor in the street and the Hoi An central market which offers plenty of stands where food is fresh and very tasty. Fruits are also available anywhere along the street, and it is fresh, good and tasty.

4.Get clothes made by skilled tailors 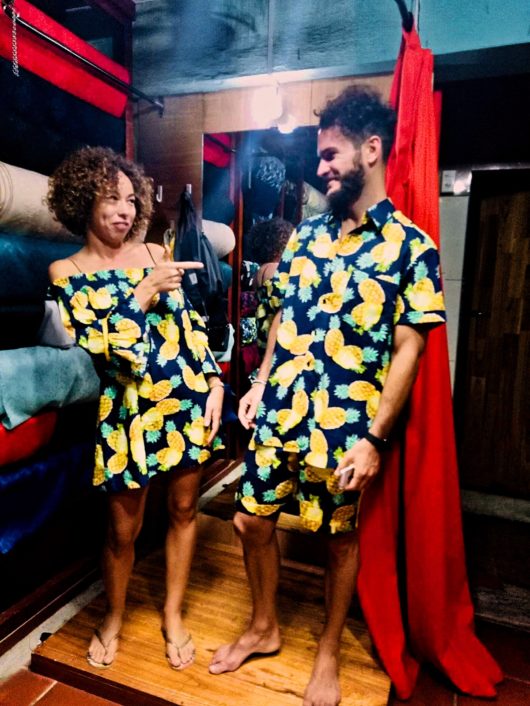 Hoi An became a tourist attraction in the last years not only for its ancient beauty but also as it is renowned  for very good and cheap tailoring.Choosing  the right tailor is not an easy task. You will find an option at every corner which makes it difficult to decide if it is worthy or if it is a scam. After going around an entire afternoon, we finally opted for Kimmy and Maya Design. If you want to know more, check out our next article.

Ha Long Bay: is it worth visiting?