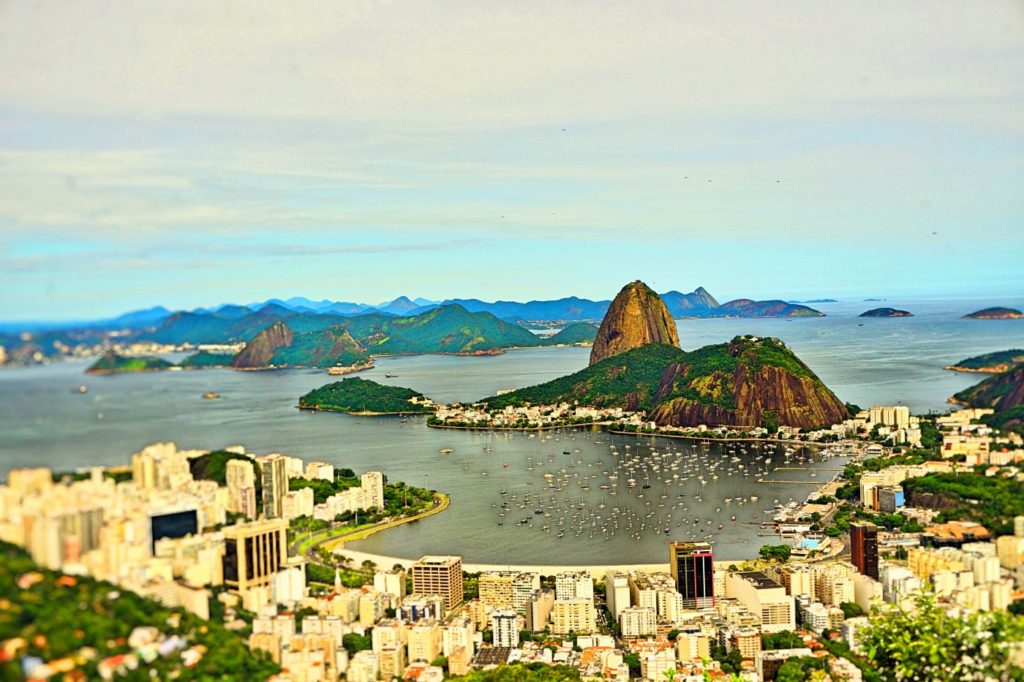 After 3 weeks in Rio de Janeiro, here is the recap of what impressed us the most. We are not including in the list the 2 major tourist attractions, Pao de Azucar and the Cristo Redentor, we will talk about them in a dedicated post.

When you say Rio de Janeiro people immediately thinks of beaches and we can surely say it is what defines the city and make it such a unique place. Cariocas (people born in Rio) say that there are 2 seasons in RJ, estate and infierno (summer and hell), and even though we visited during the “bad” season of January and February we greatly enjoyed the worldwide famous Copacabana and the even shinier Ipanema. The two long strips of white sand are fully-serviced and you can get 2 sunchairs and an umbrella for just 5€ in Ipanema, whilst it’s two to three times more expensive in Copacabana. We also found the ocean being a bit cleaner and the beach less crowded in Ipanema, so we highly recommend the latter. 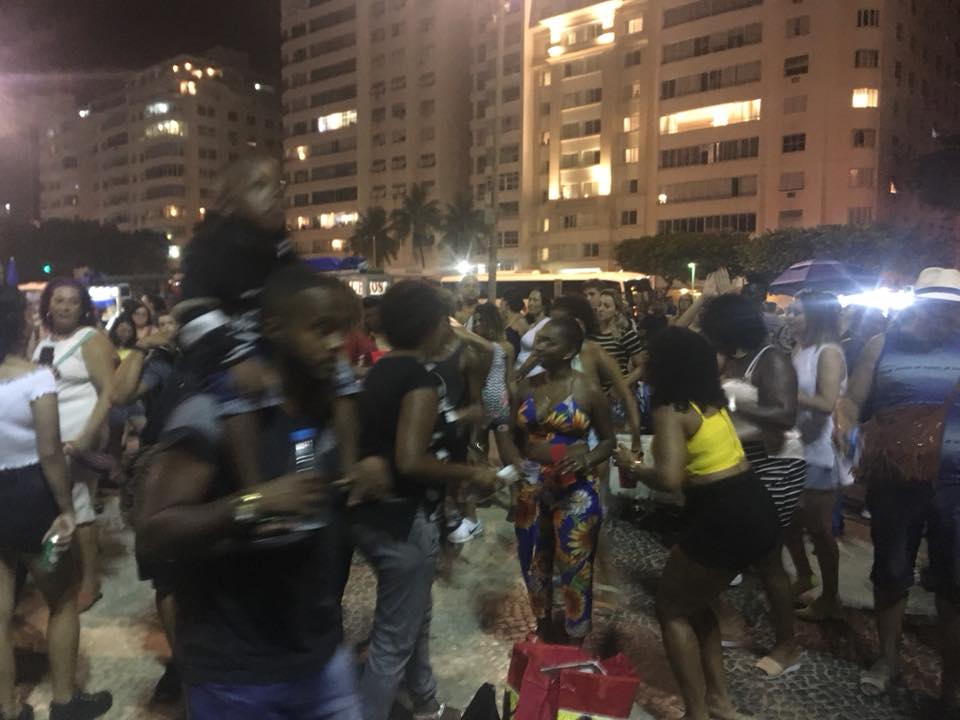 Carneval in Brazil is THE celebration of the year. WE missed it by 3 weeks, but people were already talking about it every day. At gym, at work, in the street, in the bars…it was in everyone’s mind. We did manage to attend a street parade in preparation for the carnival (a sort of trial run) and it was impressive. At 9am people were already showing up in colorful dresses and improbable masks ready to dance. Dance Samba obviously! On January 6th we were lucky enough to witness a great Samba show held just on the Copacabana strip. A huge Sambodromo was built for the occasion with the best groups of the state competing with each other and thousands of people dancing in streets. Amazing! 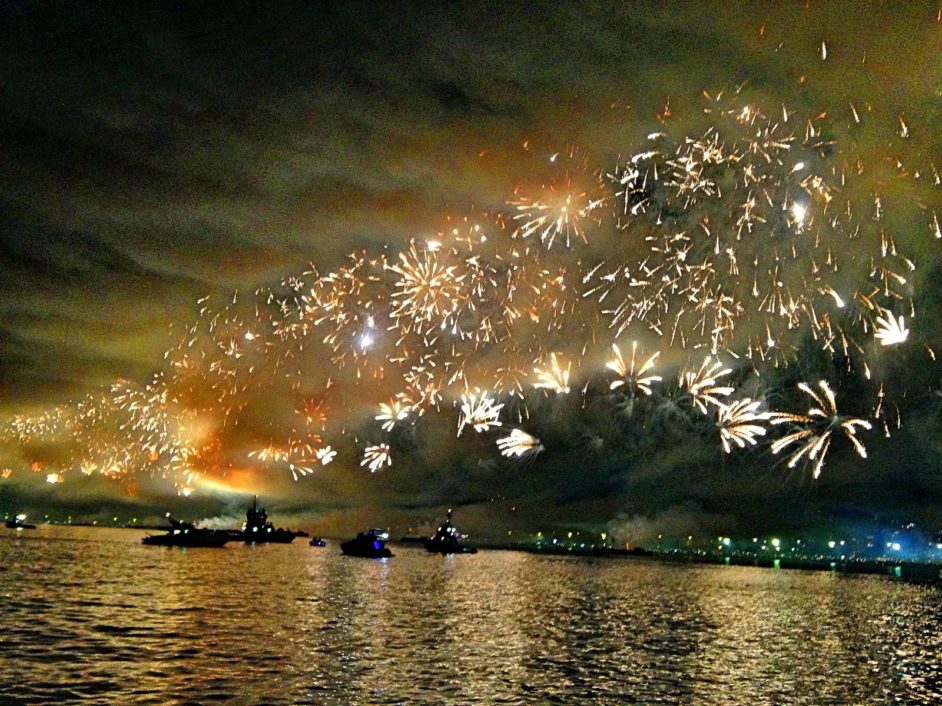 Talking about special occasions, we can surely state that New Year’s Eve in Rio de Janeiro is as spectacular as they show it on tv. Copacabana beach is filled with 2 MILLION people. 2 million! And the fireworks are impressively long, colorful and so well-orchestrated that even someone that isn’t into it can’t help but fall under their spell. Dress code plays an important role as well. You must dress in full white for NYE, as a sign of purity entering the new year. And every Brazilian does so, creating a huge wave on white color in the black night. The best place to admire the fireworks is from one of the boats that sail all night in front of Copacabana, and that’s what we did. It will be hard in the years to come to find a better place to celebrate NYE. 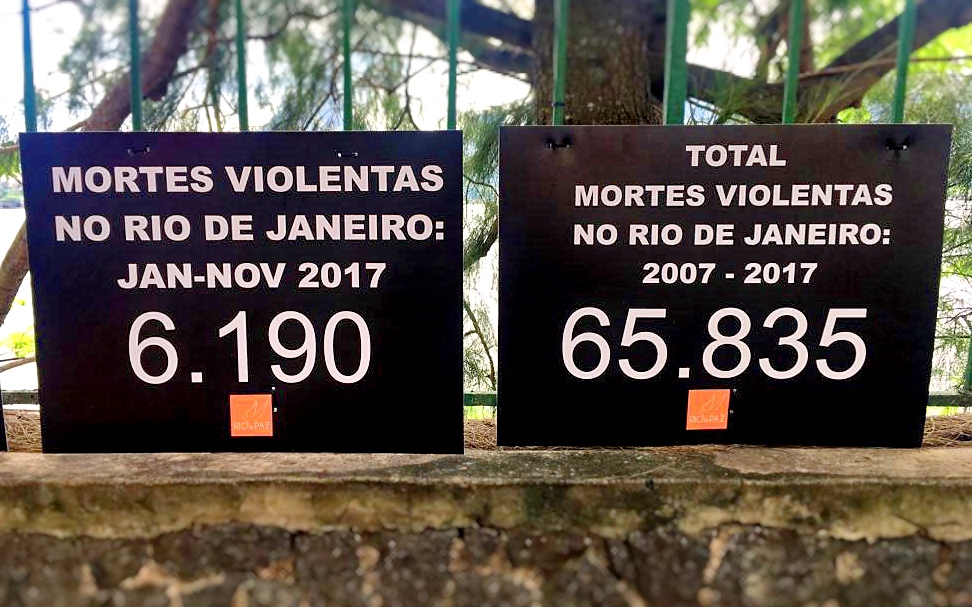 A common prejudice about Rio de Janeiro is that is a very unsafe city. We want to pass the message that it really isn’t that bad, not at least in the areas where you will spend your holiday/visit. Surely outside the developed districts there are big problems and the homicide rate is scary, but this will not affect your stay. We walked everywhere between Ipanema, Copacabana, Humaità. Botafogo and Flamengo, day and night, taking buses and never felt threatened for a second. Even visiting the favelas day time didn’t look as impressively unsafe. 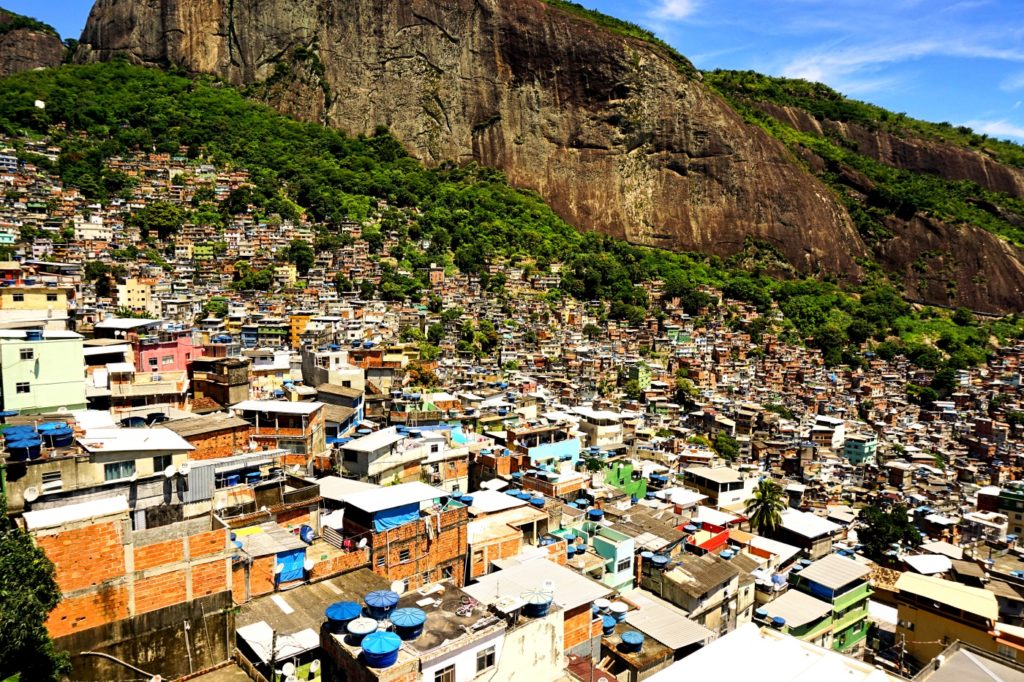 We visited two favelas thanks to an agency (FavelaTour) that devolves most of the incomes to the developments of pre-schools and teaching programs within the favela of Rocinha, the biggest in Brazil and the formerly known as “most dangerous favela in the world”. Over the past 5 years things have changed and it became a fairly safe place, however in October a gang-war started and 2 tourists died during a guns fight. Since then things have been tenser and the tour had just restarted the visits in January. There is now an army of 2000 policeman stationed in Rocinha, whereas only 200 men were employed just few months ago.  The tour was very instructive, and we would recommend it to anyone. 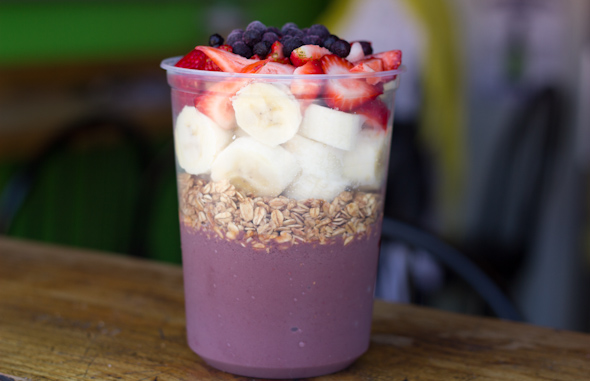 Rio has plenty of options when it comes to food & restaurants, but the common habits of Cariocas is to eat at pay per kilo buffet. It’s very peculiar and a bit odd at first sight, however you soon find out that you find gourmet buffet, sushi buffet, pizza buffet and of course the famous Brazilian rodizio of meat. The prices vary according to the quality and you have the whole spectrum with buffet costing as little as 30 reais per kilo to 500 reais per kilo. Talking about food we can’t skip mentioning the Açaí. This amazing fruit that comes from the amazon forest is made into a delicious ice cream like paste, which can be eaten as breakfast or snack and it’s considered one of the healthiest and most nutrient food on the planet. We never had enough, it really is incredibly good mixed with fruits and other toppings!

The lifestyle in Rio is surely relaxed and you feel it also from the footwear’s choices. Almost everyone in Rio is walking around in flip flops and 90% of them are branded “Havaianas”. The worldwide famous brand from Rio has several impressive flagships stores around the cities and even if you are not planning to buy a new pair of flipflops it will be hard not be tempted by the vast selections of colors and styles. Moreover, prices are 50% cheaper than in Europe, making them a very common gift idea from Brazil. 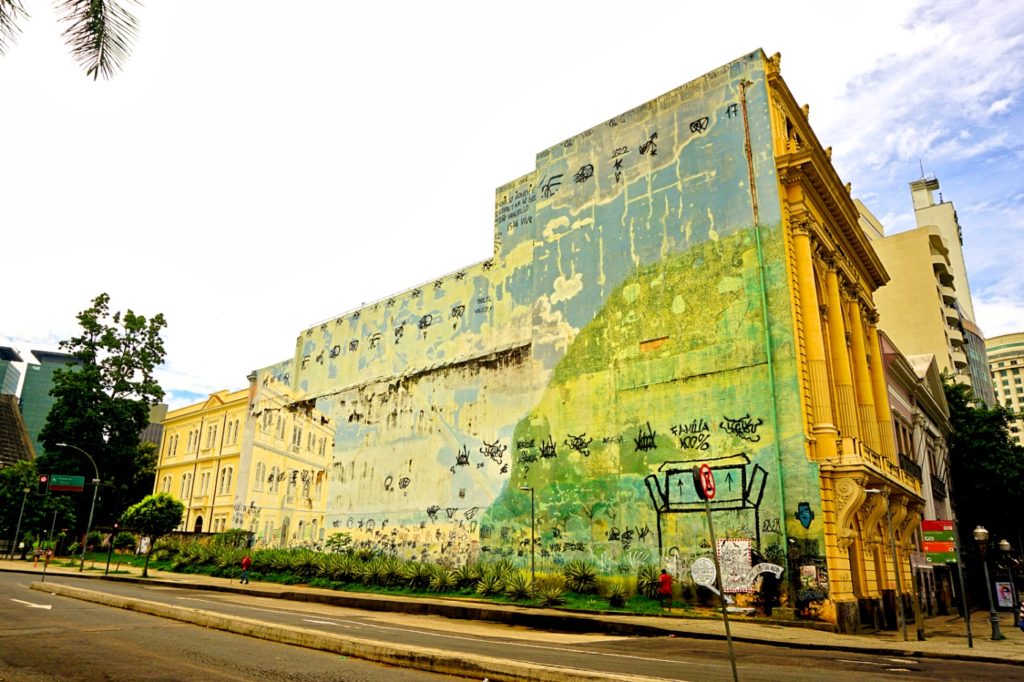 Lapa nightlife is famous worldwide and deservedly so. Lapa is a small district near the center which is considered the hearth of the Movida Carioca. Every night hundreds of locals and tourist spend the night here in one of the numerous bars and clubs which usually offers live samba performances. Caipirinha is the typical choice among Brazilians and in Lapa you can find tasty Caipirinhas for as little as 4 reais! 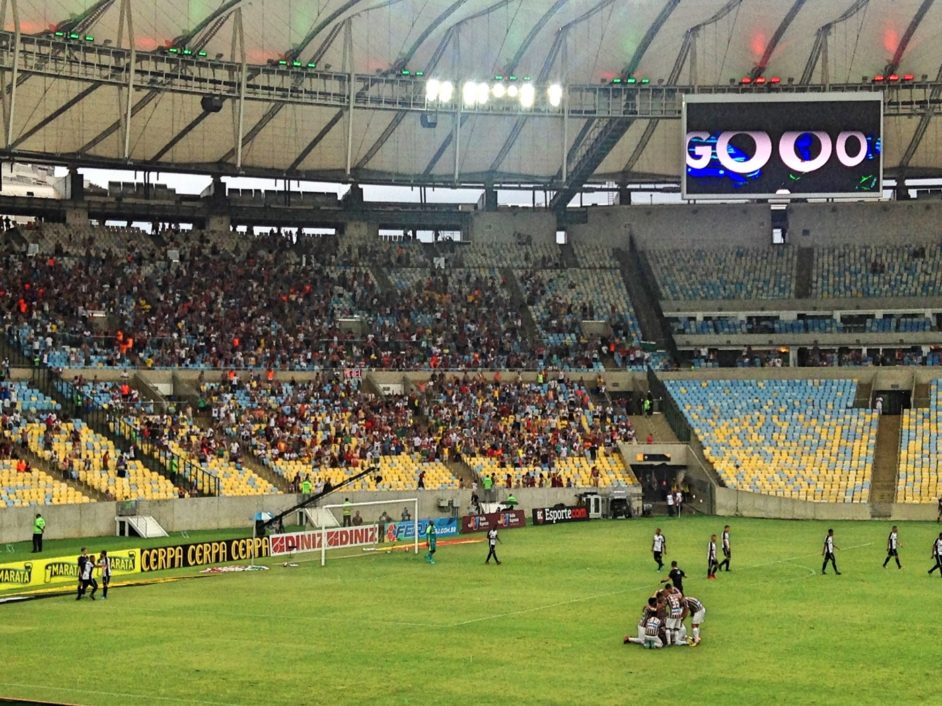 Few countries in the world have such a passion for football as Brazil. We don’t need to tell you why and how, but it is something that you sense in the streets as soon as you land in Rio. Countless people are proudly wearing their favorite team’s gear and talks about football are all over the radio and TV channels. During our stay we had the chance to see from the outside some of the iconic stadium of Rio, such as the Vasco da Gama and Fluminense ones, plus we managed to spot the small stadium where “il Fenomeno” grew up with the Sao Cristovao. However the highlight was attending Fluminense – Botafogo at the legendary Maracanã. The match was part of the first phase of the regional championship, hence the stakes weren’t so high (regional championship is used as pre-season tournaments by the big clubs), nevertheless it was an incredible experience to be in the most famous stadium in the world, watching of the best derbies in football!

Talking about sports, Cariocas are taking full advantage of the glorious climate the city offer. The whole beach side is practically an open-air gym, you can run (and Andrea did so) for 20 km straight from Flamengo to Gavea, you have countless foot-volley and beach-volley pitches, free gym equipment, areas where people practice ju-jitsu and other martial arts, and so on. From sunrise to sunset you will always find people exercising around the coastline or alternatively around Lagoa, a small lake between Ipanema & Botafogo.