New Zealand is an island located in the southwestern Pacific Ocean- divided into two main lands The North Island and The South Island. It has been one of the last island to be settled by humans. The first presence of human has been estimated around 1250 or 1300, when Polynesians arrived at the Island. They developed with time a distinctive Maori Culture which remains nowadays a strong symbol of the country. By being isolated such a long time the island grown an extensive biodiversity of animal and plants. More specifically it used to be populated mainly and exclusively by many different species of birds. No predators or poisonous animals were present on the island until the European settlers brought them, generating a drastic change into the biodiversity and the disappearance of thousands of Birds. Another important change engendered by the human settlement has been the deforestation to develop agriculture. New Zealand was one of the last major landmasses island. However even nowadays Nature is still extremely present and makes New Zealand an incredible destination to visit for its breathtaking scenery.

New Zealand is a very extended land and quite expensive. Tourists usually choose to travel all over the country by renting a van. We chose instead to travel by bus and stay at hostels. Because we booked everything in advance we ended up paying less than if we had rent a van. Oil is expensive and it is quite tiring to be driving such long distance in two or three weeks. We have met several backpackers who were renting a van and they very often told us they had to change their plans and skip some places for lack of time or financial resources.

You can check also our overall daily itinerary  to have a better idea of the timing, but with this first post about New Zealand we want to share in details how we travelled for 3 weeks in Aotearoa and our tips for staying within budget! 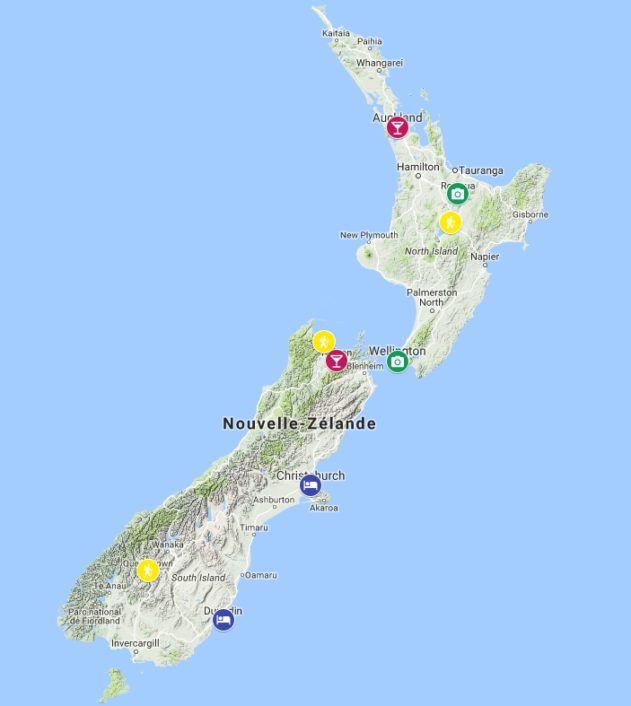 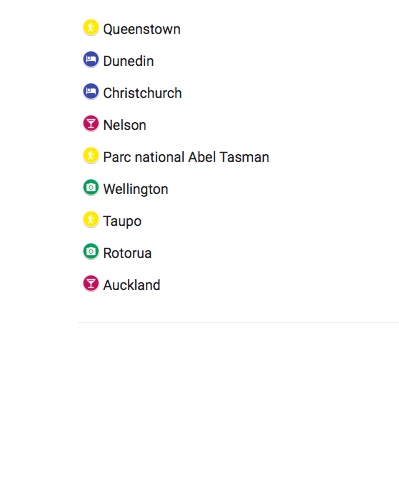 As most people do, we landed in New Zealand at Auckland Airport. You are to follow some strict rules while entering New Zealand soil, with particular care for any outdoor activity gear. You can read more about it here.  We cleaned all our clothes and trekking shoes before leaving and we declared them. We went through a fast inspection and we were ready to go

Thank to our flexiTime tickets we were easily moved on the first plane leaving for Queenstown, so we avoided a very long layover in Auckland Terminal, yeah!

How to move around in New Zealand

We traveled with Intercity Bus, it is the main transport company in New Zealand covering North and South Island from the main cities. Nevertheless, if you are looking for places more isolated you would not manage to reach them with this company. However if you book in advance (2 months previous), they always sell one seat at 1$. Andrea managed to get us the seat at 1$ on every trip we did and we paid the second one in average 25$. On top of that, each driver will give you a free tour guide by telling you stories and interesting facts of the places you are traveling through. We really enjoyed our trip with this Bus company and saved a lot of money by booking in advance.

A very popular option among backpackers is the HopOn-HopOff buses (kiwidiscovery for example), but if you are willing to do a bit of work on your own you can cover the same ground and pay a fraction of what those packages cost!

New Zealand is probably the safest and easiest country in the world for hitchhikers. Drivers are very polite and welcoming and there are so many travellers renting a car on their own and willing to help fellows backpackers that it really is very easy to grab a seat. Andrea managed to hitchhike from Dunedin Airport all the way to Queenstown in less then 5 hours! (he also drove the car for the last 100km! The owner, a business woman, needed to work and she sat on the backseat, while Andrea drove!!!). We both hitchhike once more between Wai-o-Tapo and Rotorua, getting there 4 hours ahead of our bus schedule.

Renting a car is very popular, but we do not recommend it because no matter how much freedom it gives you, it still is very expensive and you will end up driving more than you can enjoy it.

Air NewZealand has a very extensive and flexible network, so we strongly recommend to pay the small extra-fee and have your tickets in the category FlexiTime, which allows you to take another plane on the same day of your original departure. This means that if you are bored and want to move forward your ticket, you can do that. And if you see you are running late, you can catch a later flight. Jetstar is a low cost airlines with interesting deals and it’s worth having a look at too, but AirNewZealand is hands down the best airline offering impeccable service and very competitive deals too!

All the connections between north and south island go through the Wellington-Picton ferry route. If you don’t fly over the Cook’s strait (and we don’t recommend to do so) you must pass by Picton, a small fishing town with a passenger harbour and 3 companies serving the route. We chose BluBridge, the cheapest option, with the terminal a bit outside the city center. You need to wait for a dedicated bus to take you there, but you save enough money to justify the trouble.