I believe this sentence resume exactly my great quest in life. I have always been chasing something and once getting it wanted to have the exact opposite. But for once, when I decided to travel the world I exactly knew what I wanted, and I had no doubt about it. What does it take to be backpacking around the world? How one feels when he embraces such a journey? And most challenging, how does it feel traveling when you are a couple? Here is the “behind the scenes of The Never Ending Travels…”.

Traveling is something beautiful that each and anyone dream about one day. Nonetheless, our travel concept is quite often a two or three weeks escapade, which is enough to get disconnected but also miss home a little bit to enjoy being back. Everything is exciting as we know it has a short expiration date. We are creatures of habits after all. 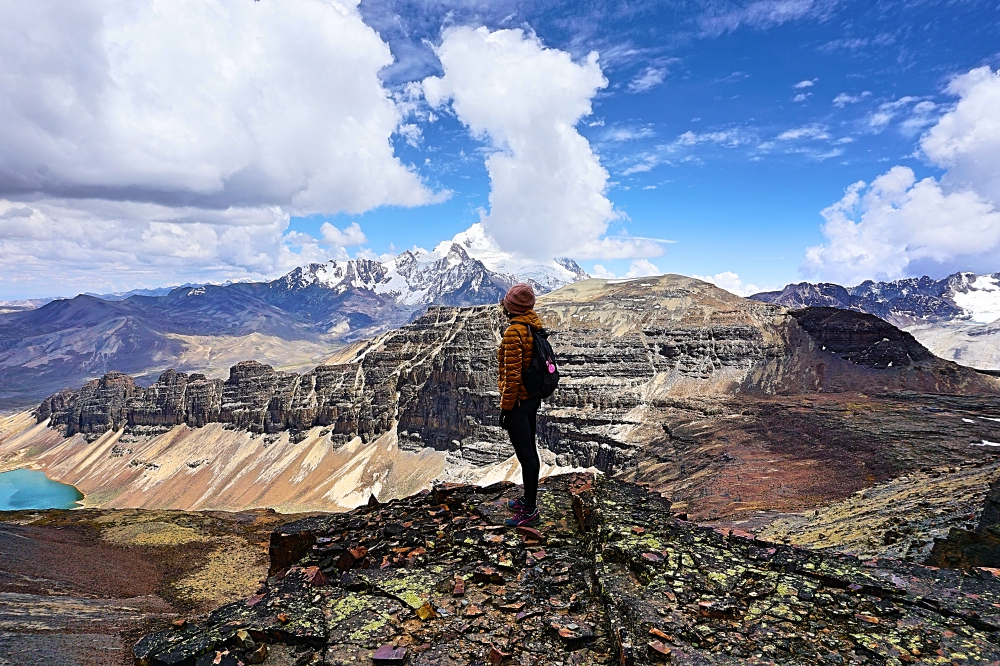 This is why the perspective of traveling 8 months was very exciting but also scary. Everyone was telling me how amazing and beautiful this experience would be so I felt a bit pressured to like it. It suddenly had to be the most amazing experience of a lifetime with no room for not being uncomfortable with the situation. I was on a mission to make the best out of it no matter what. Before leaving I really tried to not imagine what it would be, this for two reasons. Because I really wanted to be surprised by what I would feel and see, but most importantly I didn’t want to be disappointed by great expectations I would have created beforehand.

I slowly and lately started to realize I was leaving. First step, when I left my apartment where I was living for more than 5 years. This place was my anchor and not having it made me feel my adventure boat was slowly floating. Second step, when I said goodbye to my friends and family, and realized I won’t see them for 8 months.

Finally, the departure day arrived. It was a mixed feelings. We planned for more than a year with my partner Andrea, and it always looked so far away. We were very excited obviously but I think we were not realizing we were leaving for so long. I felt like being in a bubble where time stopped and I was at the edge of a comfort zone where everything was planned with no room for adventure and a busy agenda all the time, to an unknown new daily life filled with new scenes, people and cultures. Also, it would be a new life where Andrea and I would spend much more time together on a daily base.

On the first couple of months, it was like regular holidays. 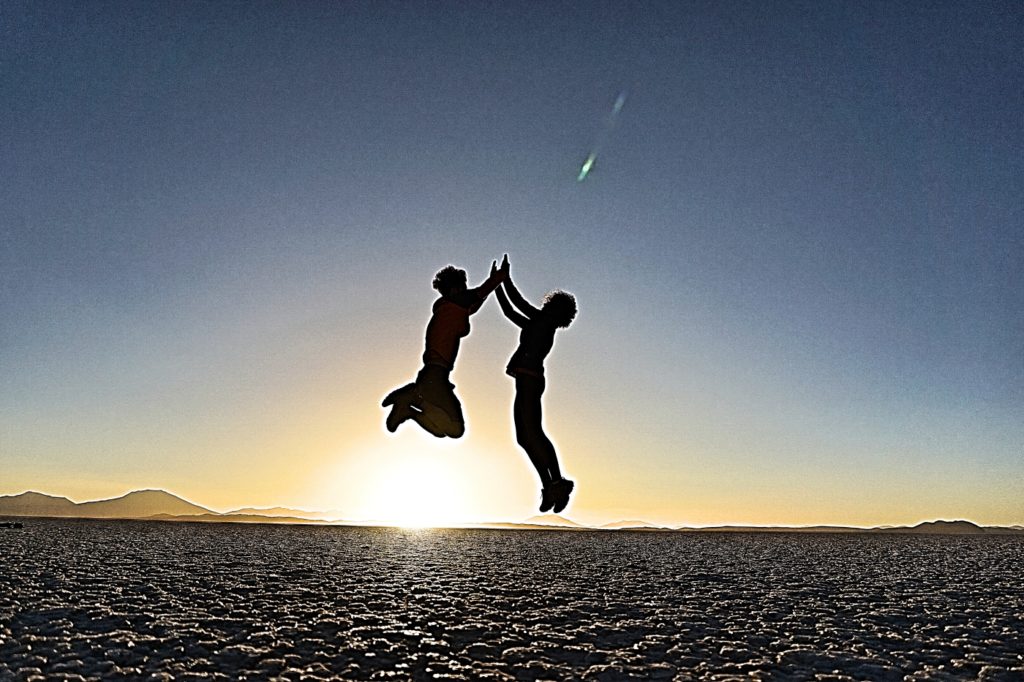 We were traveling in Peru, Bolivia, Chile… and seemed to adapt quickly and easily to our new routine. My first challenge was to stay at a dorm in hostels surrounded by people 10 years younger than us. Last time I travelled like that I was 18 years old. At the beginning, I was not feeling so comfortable with the situation as I felt I was too old for this sh***… but after a while I realized it was a really good way to travel. You constantly meet travelers, hear their stories, learn some good traveling tips. On another less charming hand you also experiment promiscuity sometimes as smelly feet, queuing for the bathroom, noisy neighbors and non-sleeping nights. As a couple it can also get on your nerves as you have no intimacy, this is why we balanced the trip by few days in dorms and others in private rooms or apartment to keep the sparkle even traveling the world. We had to adapt our relationship as we were not used to spend so much time together and specially in daily situations more stressful including tiredness, impatience and sickness. We learned to communicate in a new way and it took us couple of months to adjust and finally understand each other in this new all scenery.

Experiences like that either break a relationship or make it stronger.

I am happy to say that we were the lucky ones and I never felt as close as anyone as I am with him after those months.We learned how to communicate and express ourselves to understand each other better. We also learned how sometimes it’s better not to say anything and accept the bad behavior of the other just because there are times when you are tired and you just don’t want to make the effort of being patient or simply nice. This is also part of loving someone, for its best and also its worst. Andrea is very impatient and impulsive, I, on the other hand, am very sensitive and defensive. I hate critics and don’t deal very well with them. We are both extremely stubborn. We had some epic fights over insignificant topics such as how to read google maps or hostel bookings, visas… It is normal to argue times to times as your partner is 80% of your daily routine. Even if we meet people on the road we are practically all the times together. We aren’t leaving each other to go working or see our friends as we would normally do at home. 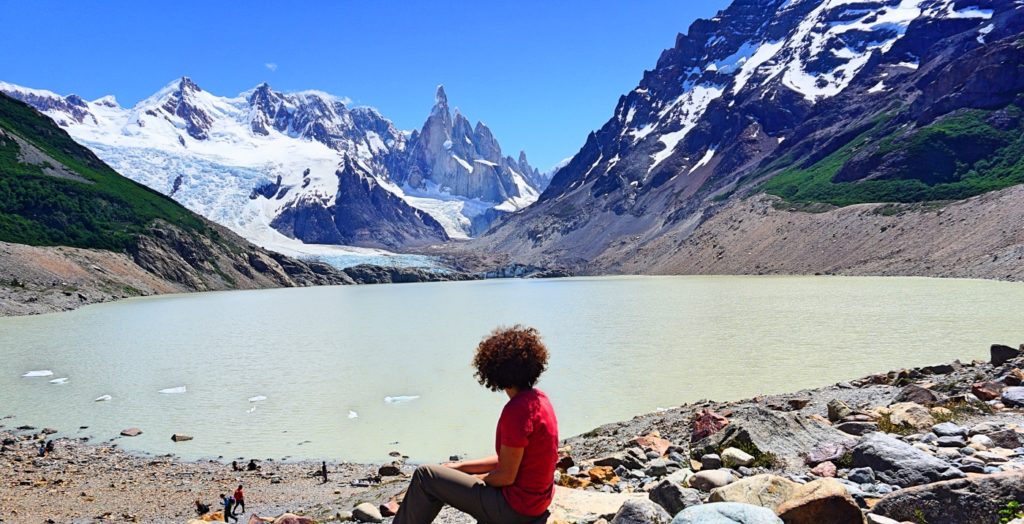 As we are both quite independent it is not always easy to adjust to that. This is why we also have our spared times to do things on our own. Traveling alone is also good. You can spend some time to reconnect with yourself. I remember the Fitzroy trek, I spent an entire day trekking 40km on my own, rediscovering myself and it felt so good. During this time Andrea participated to a Marathon in Punta Arenas. And as much as we love each other, and our adventure together, we both agreed that we really enjoyed those days on our own. And then there are times when you feel so much in love as you would have never been with anyone else because you are doing the most incredible trek or seeing a breathtaking scenery. And those moments are the last longing memories.

In those precise seconds of extreme happiness, you would never wish to have anyone else but him or her with you. 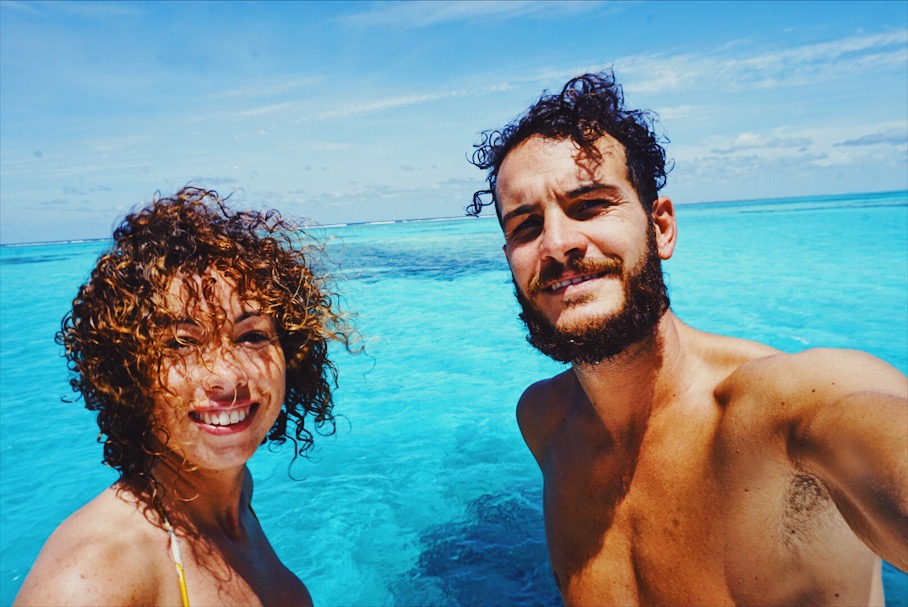 This experience is also making me appreciate more the life I had before leaving. When I was in my daily routine pre-world travel, I wasn’t so much into it anymore. I wanted something new, more exciting. But traveling the world as much as it is amazing, is also tough and tiring. First because not having a house and leaving in a backpack is hard after few months. I would dare to admit that after the 4th month it stroked me, I was missing home. I had few days of home sick, wanting a winter Sunday while I was under 35 degrees in Rio. Just a normal Sunday where I would go for lunch with my friends or a weekend where I would see my family. And I realized I still had 4 months to go. I had few days when I really felt it would be very long before seeing home again. And I wasn’t so sure I wanted to continue.

At first I felt very guilty and I didn’t want to say anything. I was ashamed to feel home sick while I was living the dream of so many people. But also because I knew Andrea was absolutely not feeling the same. If it was for him we could travelled like that forever. I didn’t want to disappoint him. But after few days where I could not hide it anymore I just accepted that I was feeling nostalgic and that it was ok. There was nothing wrong with it. I shared my feelings with Andrea and my friends just telling them I was missing home and it was the best thing I did. They all supported me and were very comprehensive. No one judged me or made me feel guilty, I was the only one doing that to myself. At the end the most important was to be honest with myself and just embrace the feeling and move on.

Now I still sometimes feel I would like my friends to be there sometimes. This down has been a very good boost reminder for me to enjoy every single second of this trip. Even if sometimes it is hard to not be settle somewhere or have a home. Even if sometimes I feel lost or tired. This is such a few part of all the other incredible and amazing feelings and emotions we are experimenting every day, that it doesn’t even count. 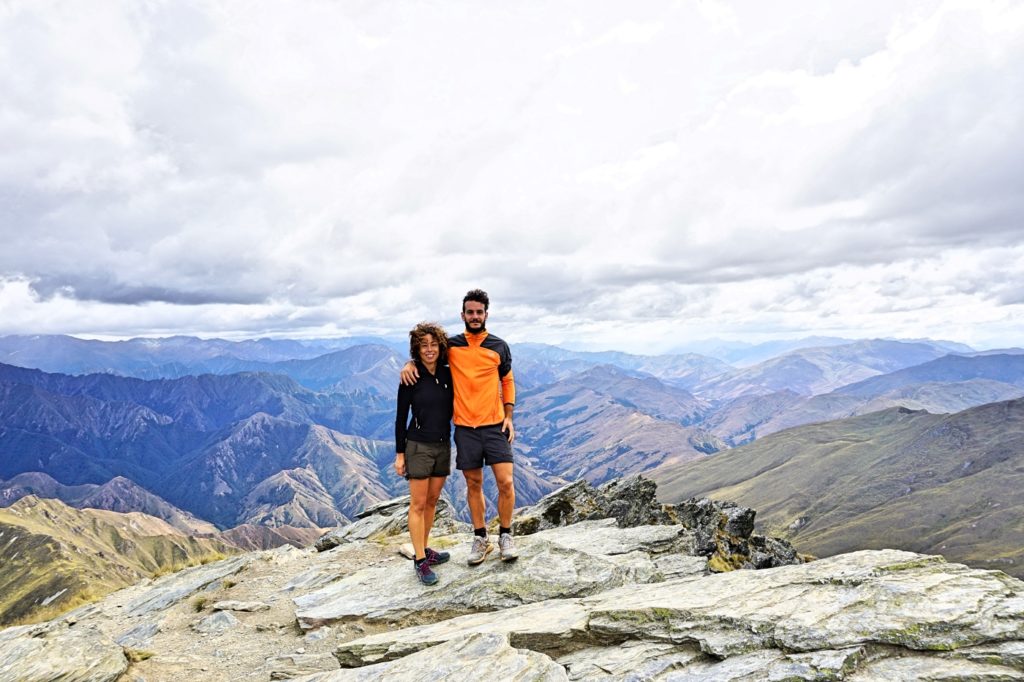 So if I have learned something so far from this experience, it’s to simply and truly be happy with small little things on a daily base and just not think of what would happen tomorrow. It’s stopping the crazy running clock from where I was coming from to embrace the present and be grateful that I am lucky enough to live something like that. See places so much more beautiful that what I could have ever imagined. Meet people so welcoming and who broke the stereotypes I had. Giving up on superficial comfort which I thought I needed. Traveling 12h in a very uncomfortable train just after the lunar new year and share a 6 beds cabin with a 12 Vietnamese who even though they are not speaking your language, offer you to share the meal they are preparing. And so many more. We still have few months to go and we wonder how it will be when we will be back, if we will ever be able to adapt to our old routine. If we will be able to find our place in our friends life who got used now not having us. But it’s simply too early to answer this.

So we will focus on what we do best, living today and not think of tomorrow.