Ushuaia – End of the World 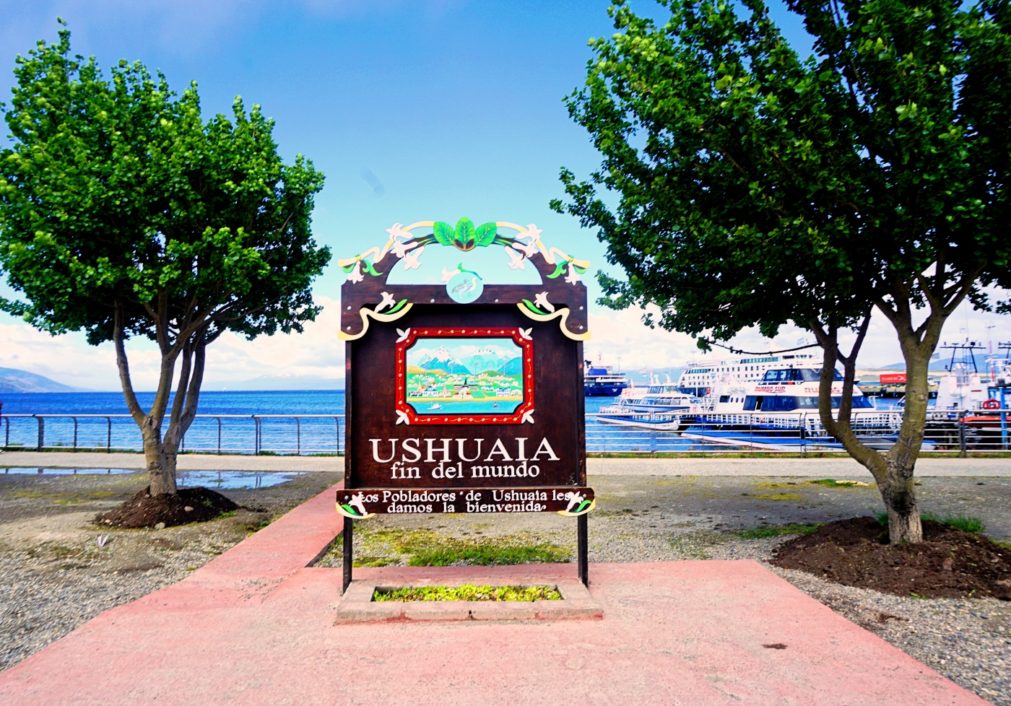 After our marvellous journey through Patagonia, we reached la Tierra de Fuego at its very last but not least destination, Ushuaia, Fin del Mundo. Our very first stop has been the most touristic one to see the signal “Fin del Mundo”. It is a nice feeling to see but of course as any very touristic attraction it has nothing special to offer.

We were impacted by the fact that Ushuaia is not such a small city. It is quite extended and offers a lot of modern cafés, boulangerie and also gear shops with brands such as The North Face, Columbia… It even got a Hard Rock Café! Although it is a quite expensive city. We stayed at the less expensive and best rated Hostel we could find: “Cruz Del Sur”. The place is ideally located and very centric and although confortable and very clean. Nonetheless we were impacted by the bad temper and average welcome of the owner. A very disgruntled look man who clearly doesn’t seem happy to have people around. You can feel it on his look but although it is clearly expressed all over the place with mean rules to respect the place. One of them is to not get “your smelly shoes” into the place so you should leave them as soon as you enter. This would make sense if he wouldn’t allow his smelly dirty dog to go around even coming from the rainy outside. But we had to say that this created quite some bounding flow between the travellers and we had nice conversation and interactions with several people there on this topic which made it quite funny at the end. 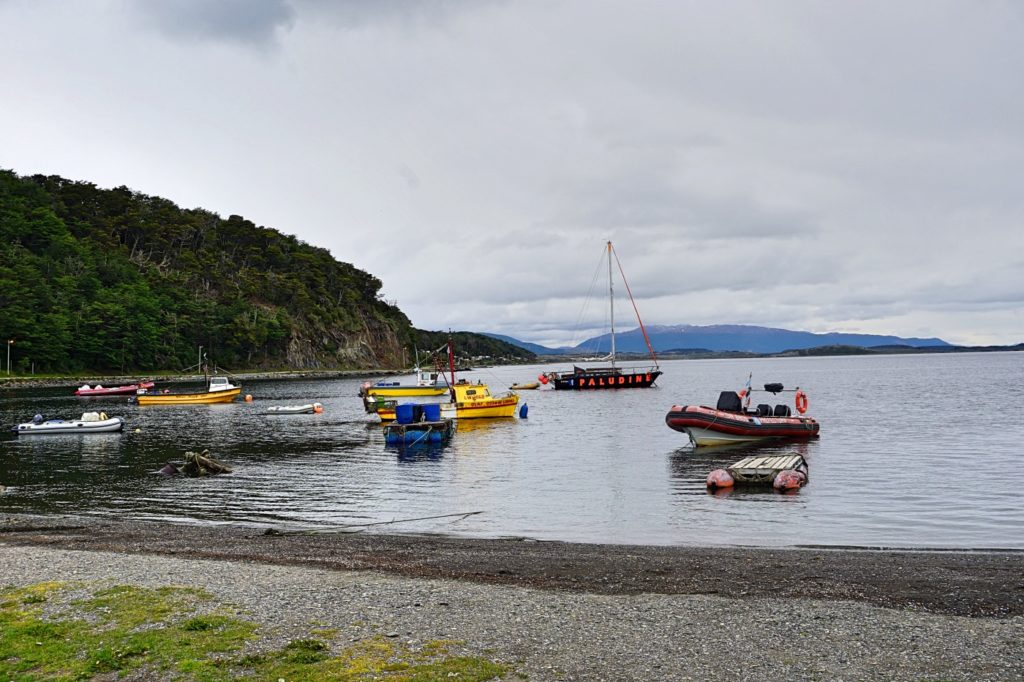 Weather in Ushuaia is cloudy, rainy and windy. Which means that any activities is challenging. As we were tired after our treks in Patagonia and although due to budget restrictions, we decided to keep to the basics and chose one excursion to visit the “Pinguinera”, the island where the penguins migrate during the reproduction period. Instead of going with the big touristic catamarans, we chose a sailor tour (see our video). We left port of Almanza located at 100km of Ushuaia center. The tour would take us and 6 other people on a 12mts Sail Boat originally from the french army called the “Paludine”. It was a wonderful experience. First being on a sail boat was unique and the captain was a lovely person. Him and his assistant explained us everything about the b expedition they have been doing professionally. We got real close to the three main different islands where we could see Cormorans, Sea Lions and Penguins. We could feel as real navigators wearing the typical yellow gears and reading sea map. Although it was freezing we stayed outside most of the time to enjoy beautiful panorama. 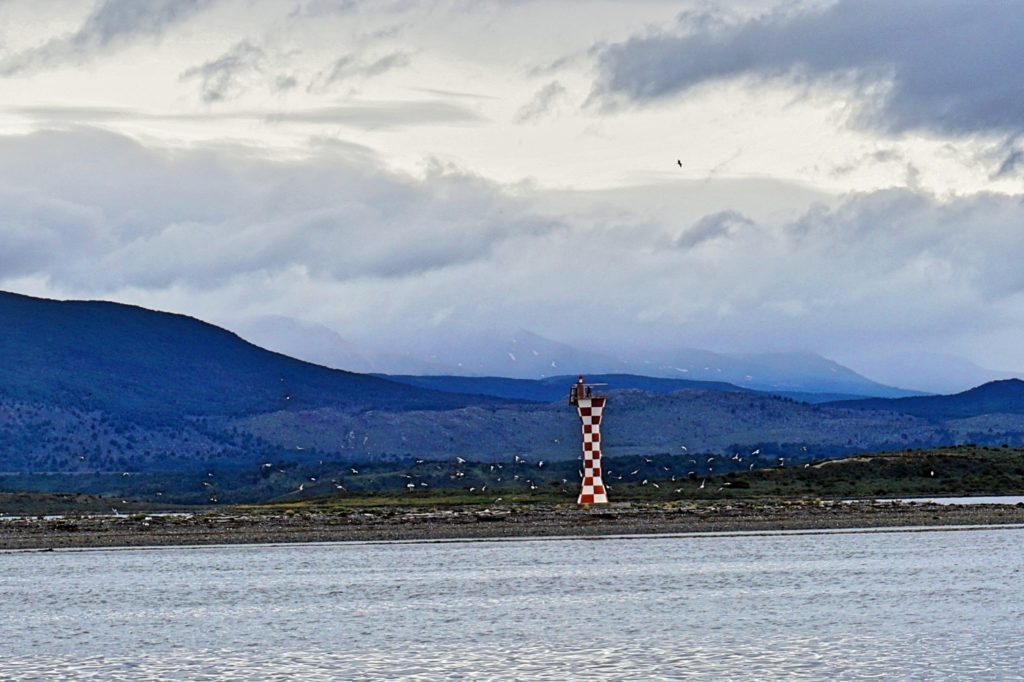 The two main relevant stories our captain told us were, the first one is that in Ushuaia there is no horizon. You would see the Ocean but there is no horizon since it is surrounded by mountains and islands. This is why when kids from Ushuaia go on a foreign trip over the coast the first thing which impact them is to see the horizon. Another interesting stories was that the islands where you can see the penguins are own by an english families. Hundred years ago, english noble families went to Tierra del fuego and claim for the ownership of lands in this region since they saw potential for exploration of the lands and also as a strategic point due to the closeness of the Cape Horn. The local administration of that time was more interested in making money rather than to protect the local ownership and accepted to sale those lands. Now on day those islands are still owned by english heritage and only one local Catamaran company is allowed to let its passenger to go down on the penguins islands. Reason? The owner of the company is married to the daughter of this English family.

Overall we had a nice stay in Ushuaia and we can now say we went until the end of the world!

Running at the end of the world